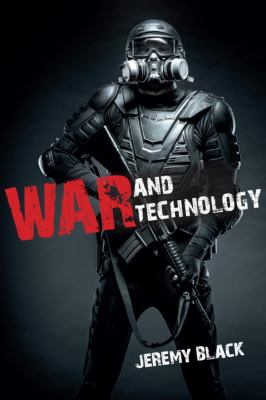 Black discusses important technological advances in weaponry and power projection from sailing warships to aircraft carriers, muskets to tanks, balloons to unmanned drones—in each case, taking into account what difference these advances made. He addresses not only firepower but also power projection and technologies of logistics, command, and control. Examining military technologies in their historical context and the present centered on the Revolution in Military Affairs and Military Transformation, Black then forecasts possible future trends. 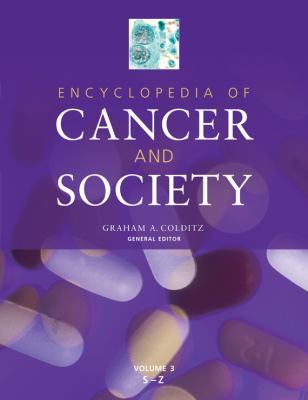 Encyclopedia of Cancer and Society

Link will take you to the article on War Gases, which describes the advent of chemical warfare in World War 1 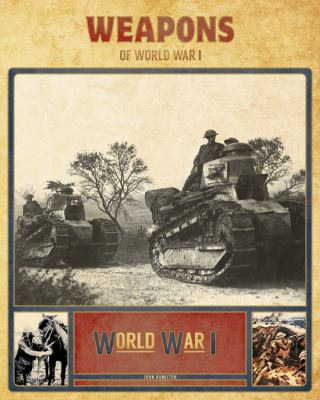 Weapons of World War I

World War I is known as the 'war to end all wars.' In this title, readers will learn about the development of World War I's various weapons. Each chapter is dedicated to an in-depth examination of a weapon, including Dreadnoughts, artillery, tanks, U-boats, aircraft, and chemical warfare. 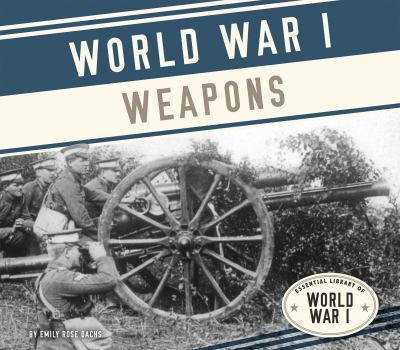 This title examines the development of the artillery, tanks, U-boats, chemical warfare, and aircraft used during World War I. Compelling narrative text and well-chosen historical photographs and primary sources make this book perfect for report writing. Features include a glossary, a selected bibliography, websites, source notes, and an index, plus a timeline and essential facts. 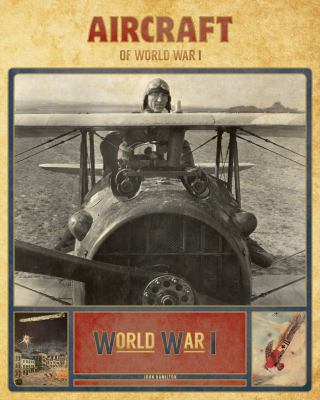 Aircraft of World War I

World War I is known as the'war to end all wars.'In this title readers will learn how the airplane went from a prototype to a fast moving weapon controlled by brave soldiers. The book also discusses superstar pilots known as aces. Primary source quotes and data from WWI are used as support. 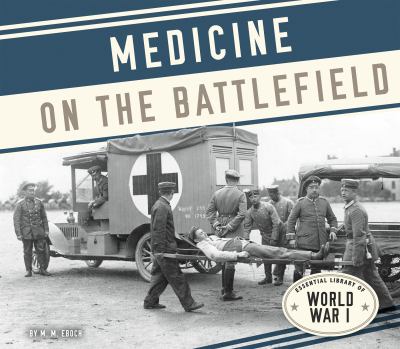 Medicine on the Battlefield

This title examines the medicines and methods used to combat the injuries, infections, and diseases induced by trench warfare. Compelling narrative text and well-chosen historical photographs and primary sources make this book perfect for report writing. Features include a glossary, a selected bibliography, websites, source notes, and an index, plus a timeline and essential facts. 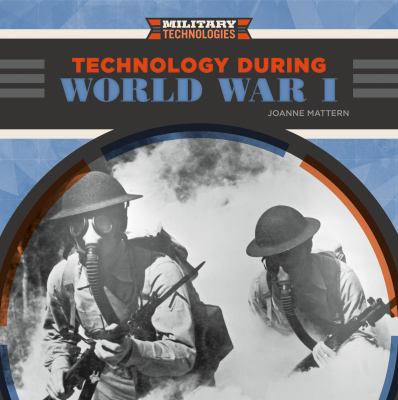 In this title, readers will examine the technology used by military forces during World War I. Engaging text introduces readers to trench engineering, rifles, machine guns, cannons, howitzers, mortars, mustard and chlorine gas, gas masks, tanks, U-boats, the machine gun/airplane propeller synchronization system, and the roles they played in military campaigns. A short history of the war is also included. 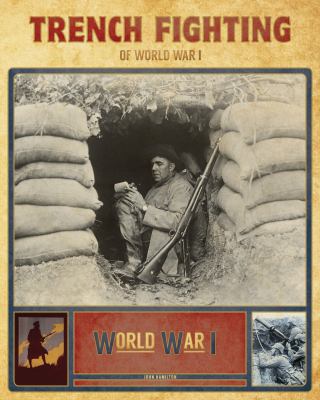 World War I is known as the “war to end all wars.” In this title readers will get a first had look at life in the trenches. Primary sources, data, and research are used to explain the horrors that took place in them, as well as sanitary conditions, structure, and soldier assignments. 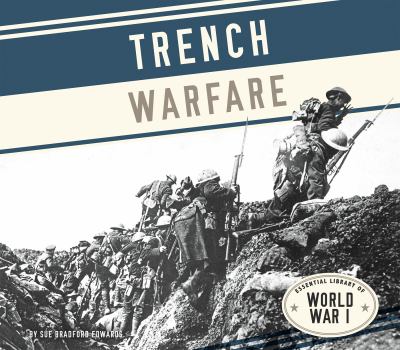 This title examines the conditions, designs, soldiers, diseases, and warfare tactics of World War I’s trenches. Compelling narrative text and well-chosen historical photographs and primary sources make this book perfect for report writing. Features include a glossary, a selected bibliography, websites, source notes, and an index, plus a timeline and essential facts. 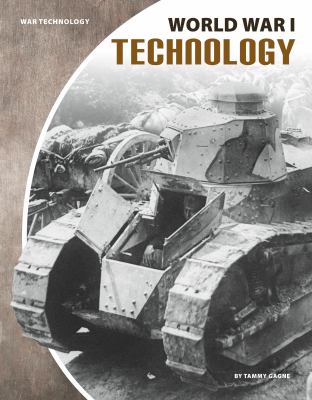 Modern technology combined with old-fashioned tactics to make World War I an especially brutal conflict. World War I Technologyexplores how submarines, tanks, and airplanes entered mainstream military use and helped influence the course of the war. Easy-to-read text, vivid images, and helpful back matter give readers a clear look at this subject. Features include a table of contents, infographics, a glossary, additional resources, and an index. 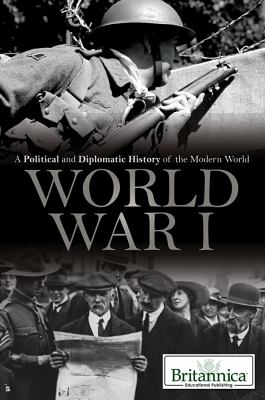 The assassination of Archduke Franz Ferdinand is often cited as the event that triggered World War I, the massive global conflict that ensued shortly after his death. However, the First World War is more accurately described as a culmination of political tension that had been building across various European nations for decades. This comprehensive volume considers the political and diplomatic underpinnings of “the war to end all wars,” from its buildup to its conclusion and into the interwar era. The major events of the war and currents of thought that shaped prewar and postwar international relations are examined in depth. 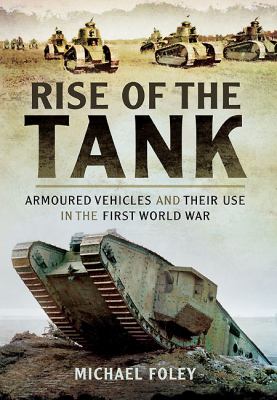 Rise of the Tank

Rise of the Tank will be concentrated on the period of the development of the tank and its use in the First World War. This will appeal to those interested in new developments in war and those interested in the First World War generally. The book will be especially relevant due to the forthcoming centenary of the beginning of the war and for this reason it will be easy to promote the book as there will be a lot of media interest.Using the resources of the Imperial War Museum, The National Archives and the Tank Museum, Rise of the Tank will have lots of information available on the development and use of the early tanks as well as personal reminiscences of those who fought in them.The author, Michael Foley, has also collected a great deal of material from the period such as the First World War field service pocket book of a 2nd lieutenant of the 10th Tank Battalion and copies of various magazines of the period. He will have also be accessing First World War newspapers to find original and rare archive sources. 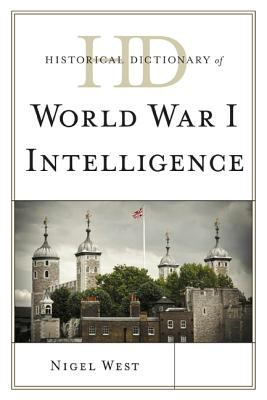 Known as “the Great War,” the world's first truly global conflict is remarkable in what might now be termed modern espionage. World War I was witness to plenty of ”firsts.” Apart from the contribution made by aerial reconnaissance and the interception of wireless telegraphy, telephone and cable traffic, there was the scientific aspect, with new machines of war, such as the submarine, sea-mine, torpedo, airship, barbed wire, armored tank and mechanized cavalry in a military environment that included mustard gas, static trench warfare, the indiscriminate bombardment of civilian population centers and air-raids. Large-scale sabotage and propaganda, the manipulation of news and of radio broadcasts, and censorship, were all features of a new method of engaging in combat, and some ingenious techniques were developed to exploit the movement of motor and rail transport, and the transmission of wireless signals. The hitherto unknown disciplines of train-watching, bridge-watching, airborne reconnaissance and radio interception would become established as routine collection methods, and their impact on the conflict would prove to be profound. The Historical Dictionary of World War I Intelligence relates this history through a chronology, an introductory essay, an appendix, and an extensive bibliography. The dictionary section has over 400 hundred cross-referenced entries on intelligence organizations, the spies, and the major cases and events of World War I. This book is an excellent access point for students, researchers, and anyone wanting to know more about the world of intelligence in World War I. 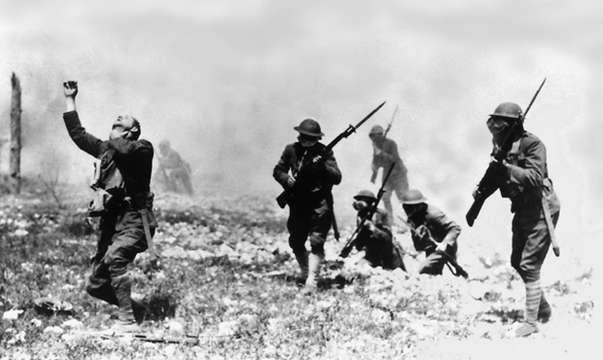 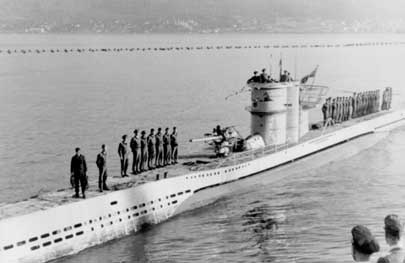 Check AP Newsroom for lots of historical images! You access at home, you must enter your PA library card number (ask your parents if you don't know!), apply for an e-card (anyone can get one immediately!), or use the Upper Merion Area HS Library card number (found here!).

Use ABC-CLIO for information or great pictures!

Click Here to find the usernames and passwords! by KELLY BONTEMPO